Alaska is immense.  More than 365 million acres of pure exhilaration-packed wild beauty sort of immense.  If Alaska were placed upon the continental United States it would stretch from Jacksonville, Florida in the southeast, west to San Diego, California, and north to Canada.  Simply enormous.

The tallest mountains in North America, including Mt. McKinley, or Denali as some call it, surrounded by over 3 million lakes (think about THAT Minnesota), 100,000 glaciers, and more wilderness acreage than the rest of the United States COMBINED, and more wildlife to fill it than anywhere else too.  Pretty immense, eh?

Here are some more Alaskana facts in brief:

The state capital of Alaska Juneau, is accessible only by boat, ferry or plane.

Alaska has more then 3 million lakes.

Alaska’s state bird is either the ptarmigan or the mosquito, depending on who you ask.

Alaska has more then 500 different species of mushrooms, many edible including morel, boulet, and others.

The Alaska ski season lasts from November to June.

Coldfoot, Alaska’s northernmost golf course, consists of 3 holes and a driving range. Herds of musk ox are allowed to play through.

Alaska reintroduced the nearly extinct Wood Bison to the wild in 2015. 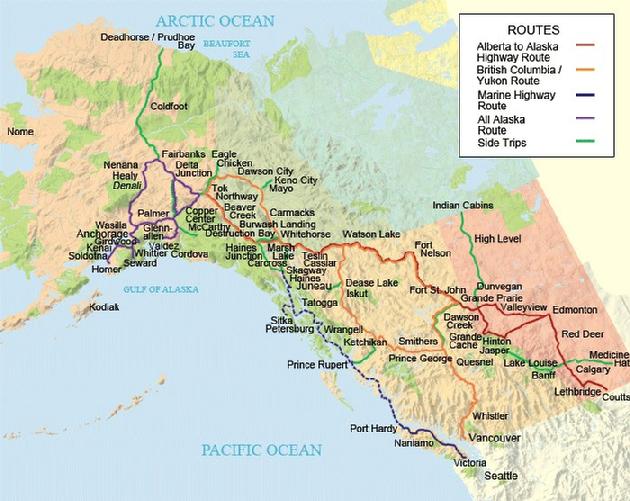