Alaska is home to more public lands than any other state in the country–including amazing National Parks, Preserves and Refuges. Visiting all of Alaska’s National Parks in one trip to Alaska would be a massive undertaking, but we hope you’ll make plans to visit at least one on your next Alaska Dream Trip. Beyond Alaska’s famous Denali National Park, which is often pushed to the max of capacity by summer crowds (we recommend visiting in autumn), Alaska boasts many other national parks that are unique, breathtaking, uncrowded and untouched. 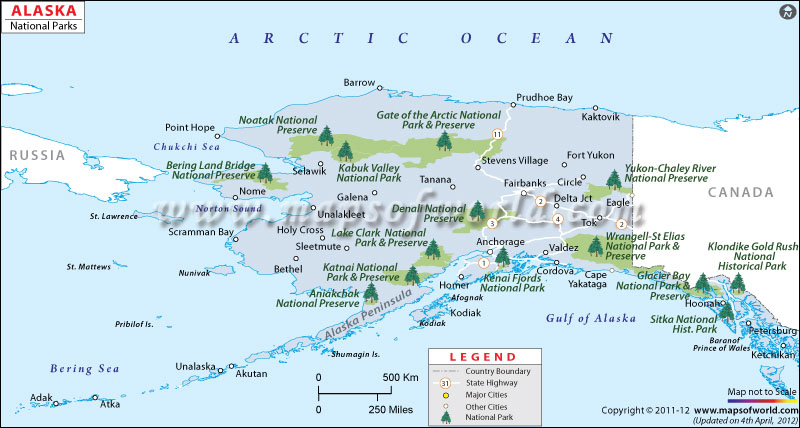 Gates of the Arctic National Park & Preserve-This vast landscape does not contain any roads or trails. Instead, wild rivers meander through glacier-carved valleys, caribou migrate along age-old trails, endless summer light fades into aurora-lit night skies of winter. It remains virtually unchanged except by the forces of nature.

Alaska has many other national  monuments, parks, and wilderness areas to explore as well. If you have a specific interest please email us at visitus@thealaskadream.com.