River of Kings — The Kenai!

River of Kings — The Kenai!

The Kenai River giveth and she takes your breath away sometimes too.  Today was a whole lot of both for a group of guys eager to experience the rush of a beautiful Kenai King Salmon on the line…including myself, eager after a long winter for a fresh taste of my favorite source of salmon protein! Off the dock with a stroke of the super smooth throttle shortly after 0600 under cloudy skies, we settled into our first run under the Bald Eagle’s nest with high hopes. As we lingered on Richard’s Run, seconds before pulling up lines, the first takedown caught us all by surprise, as is often the case with Kenai Kings. The waiting, the storytelling, the conversation, the snacking, the anticipation and wham goes the pole with line peeling off faster than you can believe!  A Kenai River gift – of a 27.5″ Super Jack, the first King for Mark, a newfound friend to the boat’s owner who had just suggested a great name for this new Kenai watercraft – “Wet Willie”.  It’s gonna stick, just wait. That lure is gonna stick too…despite my doubting it was the right model & color. Next run, rinse & repeat, same spot and my own pole bends with line peeling fast, a bit bigger and a feisty buck, he ran out in the middle and nearly got too close to a couple of other boats. After a few good runs, boat partner & son Steve netted my King with expert instincts! After a quick shore break, filleting the first fish in the manner we’ve trained ourselves, we changed up the crew a bit and headed to the island, responding to the internal fish call I’ve learned to trust. First pass, strike & a miss. Second pass & King on with the same exact lure as the first!  This one even bigger than the last and a real Kenai River gift to the boat’s owner Bob — his first in a few years, well-deserved, and one he’ll never forget because it was on his new boat with good friends & family. Something else we’ll never forget either…the slow ride back to the dock, savoring the moments as we floated silently down river…thanks again for making the run to the parts store Steve! This ole’ boat is almost broken in now for sure. 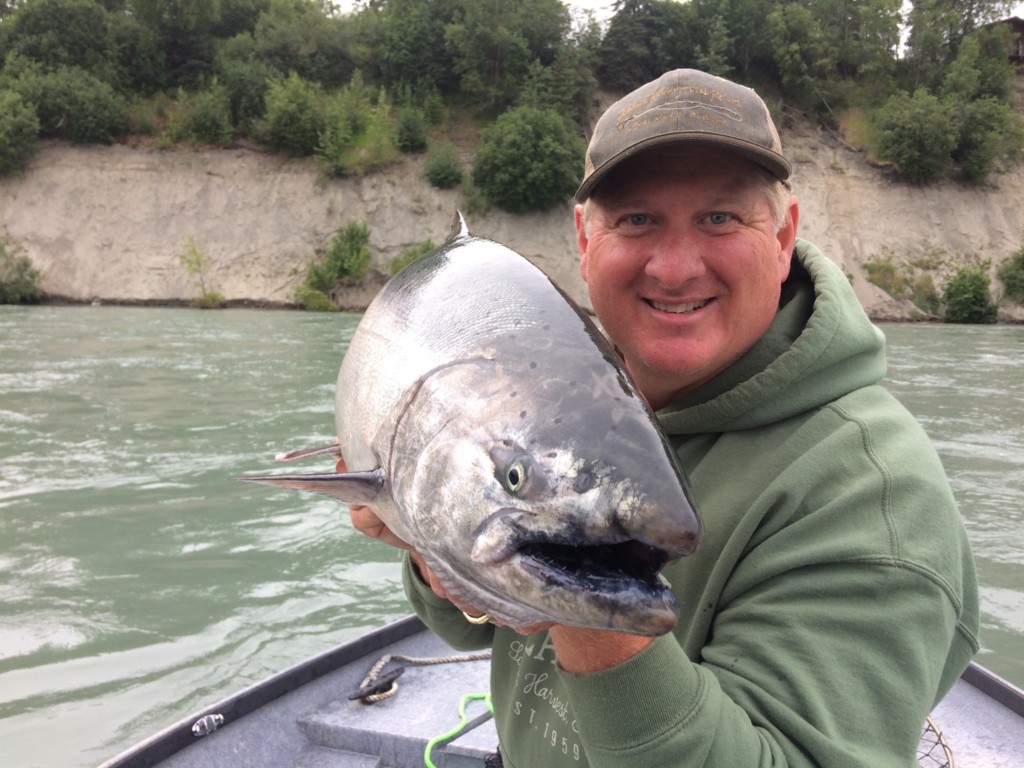 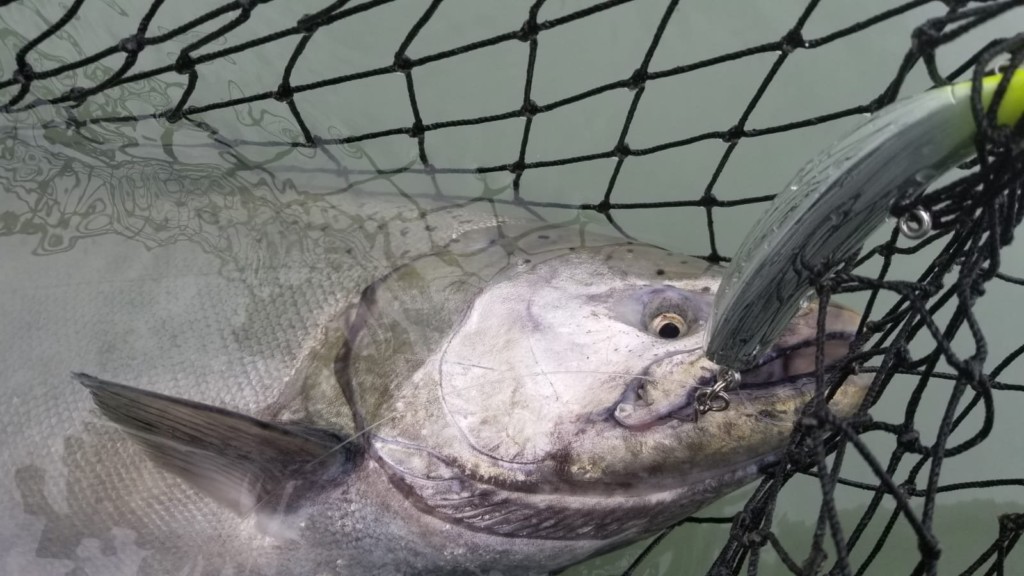 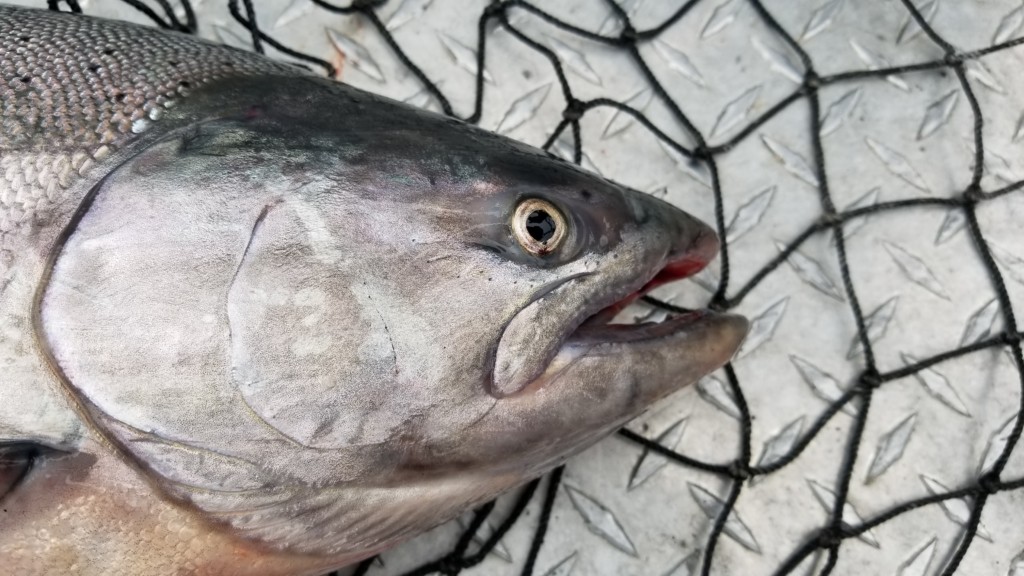 About the Author: The Alaska Dream

Our family of six has been living the Alaska Dream on the world famous Kenai River for the past 15+ years, enjoying the bounty of the land & sea in everything we do! All of our children were born in Alaska, and both of us have lived here for 30+ years. We love sharing the Alaska Dream with visitors from around the corner and around the world and we especially love to help families and children catch their 1st salmon, halibut or rainbow trout and learn how to care for it all the way through the process of cooking it in delicious gourmet Alaska fashion. Enjoy reading our Alaska Fishing Report, Cooking Alaska Fish & Game, Alaska Photo of the Week and other sections of our website The Alaska Dream and we hope to have the chance to help you experience YOUR Alaska Dream someday too!